We are not alone. Nor are we absent of space and time, emotion or truth.

We are infinitely surrounded by beauty and warmth in spite of shadows cast or the thick fog of doubt creeping into wrangle us down to the ground. We are on an adventure. The kind where our inner fearless child shakes off worry and places our feet on the bottom of a cart, seemingly idle and we see the greatest ride of our lives. Our feet rest on the bar underneath, our hands grip the cold bar above, one leg pushes off and without hesitaiton, we feel the air brushing past our cheeks, the brisk whisper of freedom liberating our very soul, and we feel, as if a magical pull has grasped into our cheeks, we feel each corner of our mouth curling upward until, without pause, our entire being is smiling.

Born in Hong Kong, Kenny Yung is a street photographer, humanitarian, environmentalist, and activist. His work has been featured in galleries around the world as well as having been chosen by VOGUE Magazine for a series on global photography.

The evening begins with the presence of a man. A man with charisma and charm and conviction as he reaches towards the mobile cocktail tray and makes himself a martini. The man is John Barrymore played by Gordon Goodman (who is a psychologist by day). With a two hour monologue, this one-man show takes you through the many phases of Barrymore’s life. His childhood hurt, his family legacy, his love for the theatre and comedy, his desire for love, addiction to marriage, and uncanny ability to nearly sabotage all of the above in some charming and unforgettable way.

Andy Comeau is one of my favorite actors. If you don’t know his name, you are missing out. If you’ve ever watched Showtime, you may be familiar with the infinitely well-written, astoundingly performed, screwed up family drama, Award Winning HUFF starring Hank Azaria, Paget Brewster, Andy Comeau, Anton Yelchin, Blythe Danner, and Oliver Platt. Andy played the most endearing, mentally disturbed, heart-wrenching, heart warming brother, Teddy. HUFF is based on Dr. Craig “Huff” Huffstodt played by Azaria who has a teenage patient kill himself in his office. It causes an onslaught of story that unravels through 25 episodes. Teddy, played by Andy Comeau, is a character that to this day is one that deeply impacted me. He was so easy to love and empathize with in spite of the transparent imbalance of his psyche

Scraping away at our visual paradigms Diller Scofidio + Renfro…

Stacey’s art is unapologetic, which is why she has been commissioned by so many and continues to be a name no one can forget: both in and out of the art world. In every stroke of color and every intended line, the complexity of story is ever present. Whether she is painting a bottle, canvas, immortalizing a rock star or Hollywood icon, there is a caveat of feeling: sexuality, strength, vulnerability, and exhilaration.

The story of UB40, and how this group of young friends from Birmingham transcended their working-class origins to become the world’s most successful reggae band is not the stuff of fairytales as might be imagined. The group’s led a charmed life in many respects it’s true, but it’s been a long haul since the days they’d meet up in the bars and clubs around Moseley, and some of them had to scrape by on less than £8 a week unemployment benefit. The choice was simple if you’d left school early. You could either work in one of the local factories, like Robin Campbell did, or scuffle along aimlessly whilst waiting for something else to happen.

By the summer of 1978, something else did happen, and the nucleus of UB40 began rehearsing in a local basement. Robin’s younger brother Ali, Earl Falconer, Brian Travers and James Brown all knew each other from Moseley School of Art, whilst Norman Hassan had been a friend of Ali’s since school. Initially, they thought of themselves as a “jazz-dub-reggae” band, but by the time Robin was persuaded to join and they’d recruited Michael Virtue and Astro – who’d learnt his craft with Birmingham sound-system Duke Alloy – the group had already aligned themselves to left-wing political ideals and forged their own identity, separate from the many punk and Two Tone outfits around at that time. The group had nailed their colours to the mast by naming themselves after an unemployment benefit form. Their political convictions hadn’t been gleaned secondhand either, but cemented in place whilst attending marches protesting against the National Front, or rallies organised by Rock Against Racism.

This week I’m getting spontaneous with a female of the species and verbally riffing with the lovely, talented and hard working Dawn Garcia. She is the visionary behind A TASTE OF DAWN Magazine and all-around champion of creative spirits in the world of food, film, music, entertainment, arts and fashion. Dawn’s purpose is to inspire the world to savor every moment. So let’s do just that and enjoy her responses to the randomness that is ‘Free Associate Fridays’.

On opening night, April 27, The North Plan suddenly became the highlight of my year. The night was chilly, but it did not cool down the fire that erupted inside The Elephant Theatre. The cozy, comfortable stage allowed the audience to get close to the actors and feel the play and experience a night full of laughter and thought.

There is a striking honesty that moves through every image and it’s apparent fearlessness really does incite a rather beautiful curiosity. With images of iconic entertainers like Bono, Lenny Kravitz, Mos Def, Sean Lennon, and Quincy Jones blended with nude that show you the vulnerability, strangeness, fear, sensual prowess, and uncertainty in each of his subjects allows for a familiar raw and primal undertone…

We talked for an entire hour delving into everything from the Arab Spring, Serbia, war, politics, elections, family, truth, hope, and touched on his assignments as a contributing Editor of Vanity Fair. It was an hour that opened my eyes, informed me, and awakened my political passions. We talked about Tim Hetherington, but above all the hour gave us all insight into why Sebastian is the journalist, writer, filmmaker, and man he is …

An Evening of Fosse, classic Hollywood, Broadway, and Hope Arriving…

Today’s Show was about Living Life Happily and Expressive: The Theatre, Comedy, Food + Wine, Travel, and Humanitarians that change the world through the Arts.

I had a week that invigorated so many parts of my soul. Music, Broadway, passion, life, food, wine, good company, and the reminder of everything in life that matters so much to me. Above all – I lived. We need to all just envelop the things surrounding us. Regardless of how fleeting or momentary, just enjoy those tiny inescapable moments before they vanish. Live every moment because you – You are – NOW.

Today we are talking Film, Nutrition, Fitness, and Food.

“A filmmakers’ journey is never dull or without challenge and that, well – that – restores my faith in the world of art. Film is that beautiful world that invites us in to one another’s lives, imaginations, and complex humanity. The cinema, the arts – they feed us all, individually, collectively, and purposefully. They strip down boundaries and beg us to have an open mind.” – Dawn Garcia. Screenwriter, Lover of Film.

Come Join Me for a Sexy Little Taste on March…

David enters the room and situates himself no more than 2 feet away from the audience. He is up close and personal and without a beat, greets us all in his relaxed and warm way and voila! The magic begins. Literally. It muse be said – again – that I’m a cynic and an over-thinker. I pride myself on wanting to know how everything works.

CUBA: A Revolutionary Project from Walker Evans to Now… The…

Open
Artist and Veteran Darrell Black holds a degree in

Artist and Veteran Darrell Black holds a degree in #CriminalJustice. His work is pivotal in the Black narrative and his art representative of the condition of the world.

We had the honor of interviewing him and sharing his story. Well traveled, incredibly intelligent, Black’s work carries with it a tale of looking inward, awakening the view of the world through his use of bright colors, and his truly beautiful way in how he depicts the human condition and the present state of racism in this country.

Open
The beauty of decadence is the passion behind its

The beauty of decadence is the passion behind its curation.

Open
Tonight is the 2021 #Queerties Awards (will be str

Tonight is the 2021 #Queerties Awards (will be streaming LIVE on @revrytv, and availalble on-demand for free after its broadcast), and I was honored to interview RuPaul's Drag Race Season 12 Miss Congeniality @heidincloset, @Queerty EIC Dan Tracer, Israeli Model, Businessman, Actor + Gent @iamonmekahel, his husband Producer David Cederberg to discuss the Awards Show, Revry, the #EqualityAct and how media can support the #LGBTQ community more in ATOD Magazine: A Taste of Dawn.

There is so much we can all do more of as media and filmmakers, but supporting the Equality Act and the incredible beauty and diversity of the LGBTQ community through programming that is inclusive and representative of the community, with actors that are actually LGBTQ—is a start.

Open
Did you know Nigerian Goat Pepper Soup — also re

Did you know Nigerian Goat Pepper Soup — also referred to as nwo-nwo, ngwo-ngwo—is a staple in Nigerian cuisine? Known to be eaten year round (hot or cold) as a remedy for colds and flus, and a way to sustain ones health, this beautifully rich and flavorful soup has a story.

There are different varieties of pepper soup which vary according to region, with spice combinations unique to each region. For instance, the Igbo people, in the east, and Riverians in the southeast, prepare their pepper soup with tomatoes, onions and spices. Those of Delta origin sometimes prepare the pepper soup with ataiko, uda, gbafilo, rigije, and lemon grass leaves. In Yoruba, goat meat pepper soup is sometimes referred to as Oggun.

Take time to learn about the history and check out @blackfoodie.co for some truly extraordinary recipes!!
#BlackHistoryMonth

Open
If we don’t find ways to help our community, we

If we don’t find ways to help our community, we aren’t living a purposeful life. Thank you @hopeofthevalley for all you’re doing for those who need it most. Your generosity of spirit is what the world needs more of. 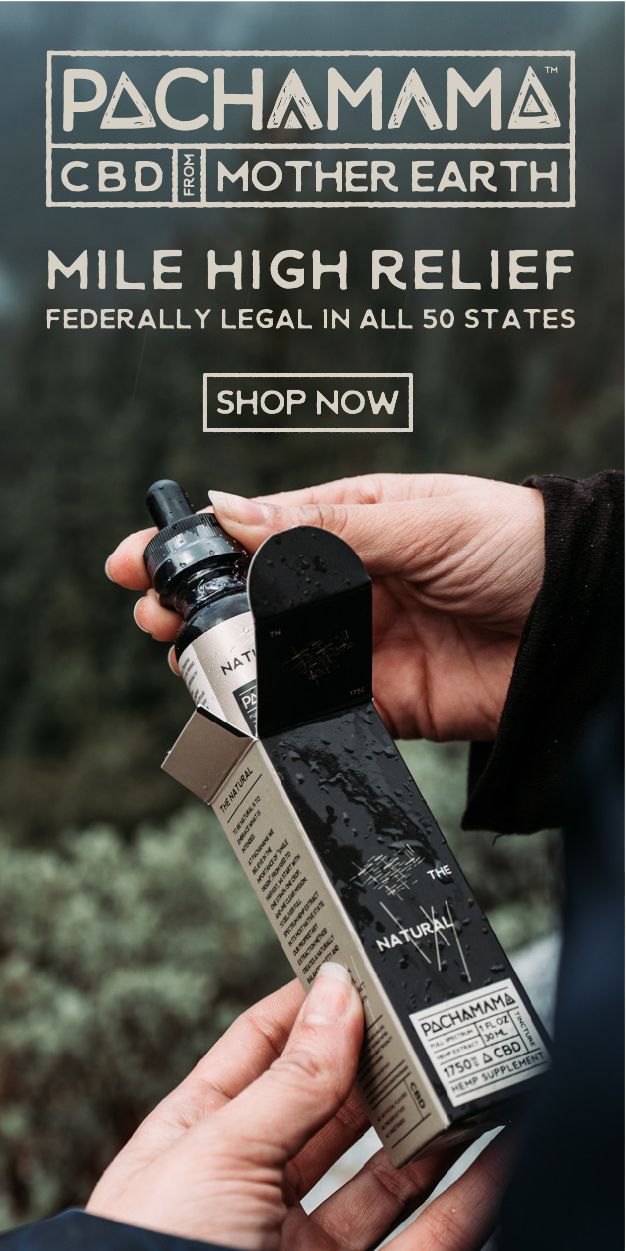